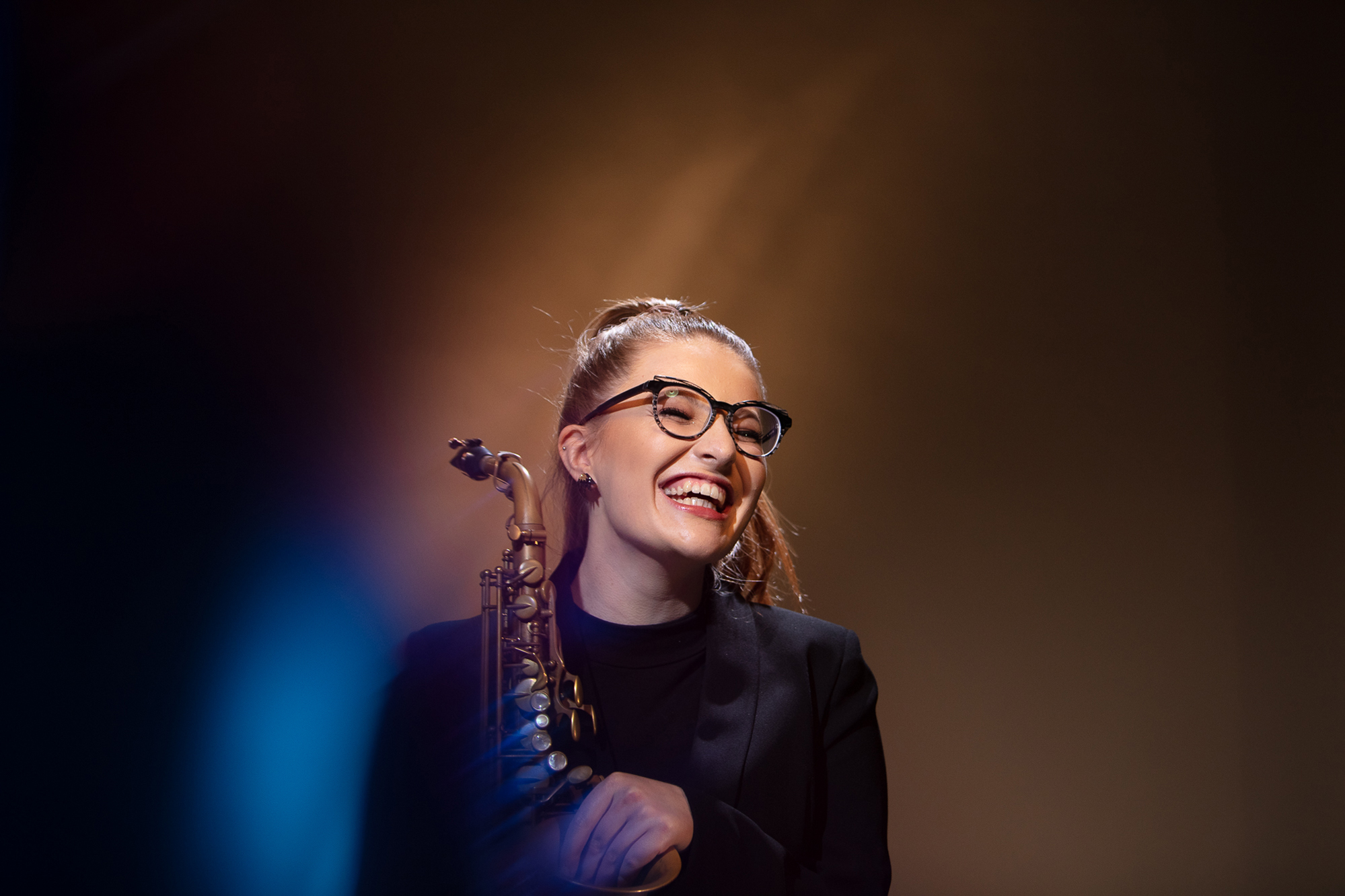 Jess performs music from her chart-topping album TIME with a small ensemble made up of incredible musicians from a wide range of musical backgrounds, all with roots in classical music.

The album’s music is inspired by minimalism, featuring some of the movement's groundbreaking composers alongside shorter tracks from pioneering and genre-breaking artists, including brand new commissions. Full programme TBA.

After becoming the first ever saxophonist to reach the final of BBC Young Musician, Jess Gillam has performed at the Last Night of the Proms, been the recipient of a Classic BRIT Award and in 2020 was nominated for The Times Breakthrough Award. Jess is also the first ever saxophonist to be signed to Decca Classics and her albums ‘RISE’ and ‘TIME’ both reached No. 1 in the Official UK Classical Charts.

‍noisenights are our vision for the future of classical music: informal crowdfunded events featuring international soloists in cabaret bars, converted warehouses, and nightclubs.

Each noisenight features two short classical sets, one early evening, one late. All tickets to the late set include live music for the rest of the night, including jazz, latin, afrobeat, swing and funk acts.

Live music needs your backing more than ever. Becoming a noisenight backer means getting tickets to hear the world's best performers up close while becoming part of a community working for a positive future for live music.

Please note that due to the venue's license, this noisenight is strictly 18+.

After March's sold-out slammer, we're bringing together a bunch of Village Cuts favourite artists. Come and celebrate their 4th birthday in style!